Thus Spoke the Marble:
The Journey Alters You

Designers, Werner Aisslinger, EmreArolat, Birsel + Seck,
the El Ultimo Grito duo, Alfredo Häberli, Richard Hutten, James Irvine and Can Yalman, showcased their work in
what were during the Milan Design Week and Salone del Mobile - Thus Spoke The Marble: The Journey Alters You.

Organized by the Istanbul Mineral Exporters’ Association (IMIB) and the Aegean Mineral Exporters’Association (EMIB), and curated by Demirden, the project was groundbreaking in that its ambitions reach far beyond those of a purely commercial display. Spread over 900 square-metres of the famous Superstudio Più Art Garden, and while demonstrating and exploring the numerous ways in which Turkish marble can be used in both architecture and interior design, the installations by the participating designers were also attempt to reveal the material’s symbolic and spiritual power. Demirden asked the designers to reflect on the deep-seated emotions that emerge over the course of an inner journey, and to use this as a starting point for an installation that would communicate them. Its symbolic title: ‘Thus Spoke the Marble: The Journey Alters You’ thus invites visitors on a journey of re-discovery, revealing the narrative qualities of the material.
As well as being a perfect location for rest and relaxation, it also intends to be a place of insight, discussion, and meditation.

The exhibition was thus also hook onto a tradition of over four thousand years, in which Turkish marble from across Anatolia has been the basic material for great works of art and architecture, from classical antiquity to Byzantine, Ottoman and modern times. It was also illustrate the creative revival that has characterized the country in recent years, and its design and architectural scene in particular. Thus Spoke the Marble: The Journey Alters You was built across nine platforms, each carrying an installation, and linked by wooden and iron pathways, representing the metaphor of the inner journey. The projects exhibited including a ‘Marble Rosarium’ by Berlin-based architect and designer Werner Aisslinger, a stunning arrangement of marble slabs crafted into the shape of flowers and combined into a playful secret garden space, whereas the leading Dutch designer Richard Hutten invited visitors on a somewhat uncomfortable walk inside a crate entirely covered with polychromic marble that reproduces worlds and symbols from the realm of imagination. The Anglo-Spanish duo El Ultimo Grito (Rosario Hurtado and Roberto Feo) has created an installation where visitors can sit or lie down on a gently sloping piece of marble, while James Irvine challenges gravity by keeping a heavy tabletop suspended
in the air. 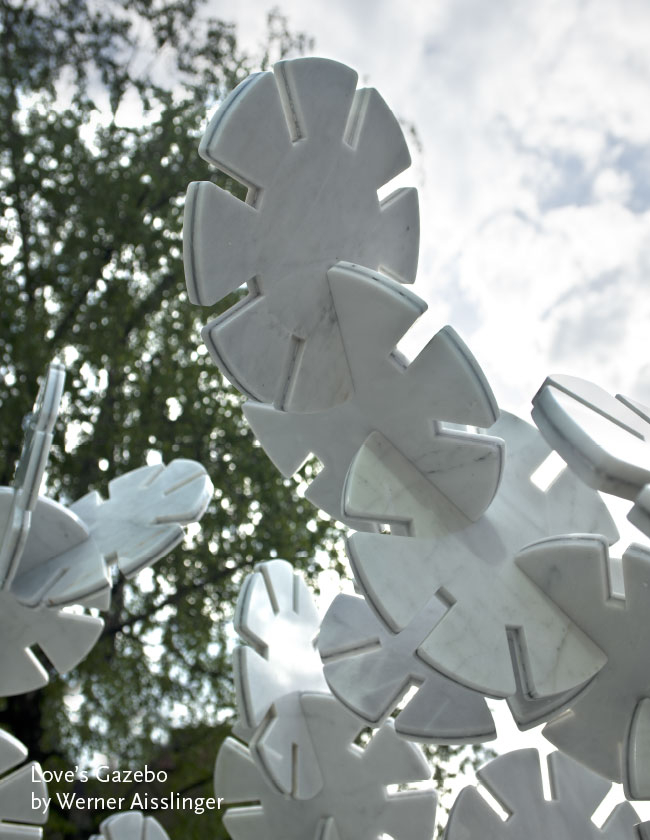 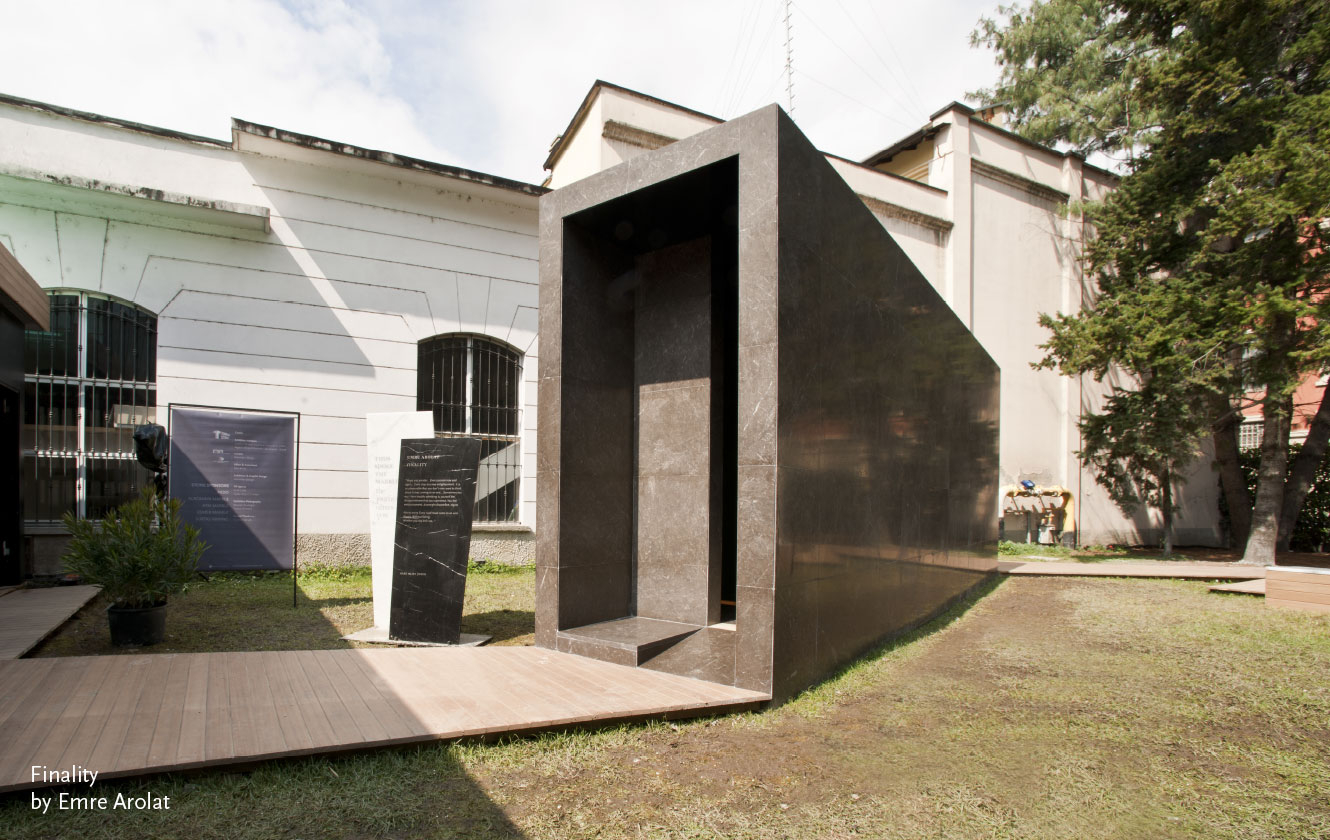